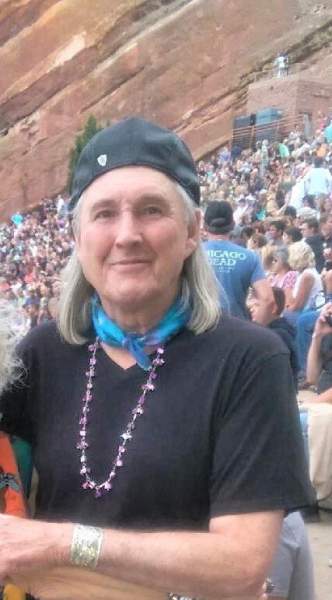 Brad was born in 1950 to his parents George and Florence (Uphus) Courneya in Detroit Lakes, MN. He attended Hold Rosary School through 8th grade, and graduated from Detroit Lakes High School in 1968. He enjoyed hunting and fishing with friends and family while growing up, and long into his adult years. He also played basketball and baseball. While in high school, he developed an interest in Emergency Medicine, and worked as a tech for the local DL Ambulance.

He volunteered for the Army after graduation, and attended training at Ft Bragg, NC, and Ft Gorden, GA, including paratroop/airborne certification, Special Forces medic instruction, and weapons specialist training. He volunteered for service in Vietnam in 1971 and served there until medical issues required his transfer stateside for hospitalization. He was honorably discharged in April 1971. After his discharge he traveled and lived in Minneapolis, Las Vegas, and Colorado. He worked at his brother’s business, Bradley Automotive, and several group homes serving disadvantaged youth in Minneapolis, Las Vegas, and Denver. He married Nancy (Mirra R) during this time. They were later divorced. Brad attended the University of MN for 3 years, qualifying for the dean’s list during that time. He later transferred to the nursing program at Rochester (MN) Community College, completing in 1979. After graduation he worked at the Indian Health Service hospital in Shiprock, NM, later returning to Rochester, MN for employment at the Mayo Clinic St Mary’s hospital ER. During this time he married Glenda. They were later divorced.

Emergency nursing was his favorite specialty. This led him to further his education at Mayo’s. He was accepted into the Mayo Nurse-Anesthesia program, and graduated in 1985 as a CRNA. While working at Mayo’s he met Rhonda Nickel, who became his partner and wife til his passing. He was employed at Schoolcraft hospital, Manistique, MI (Upper Peninsula) until 1986, when he returned to his home town of Detroit Lakes to care for his parents. Brad was employed in Detroit Lakes by Dakota Clinic (now Essentia Health), first as a staff member, and later as supervisor. During his time there, he implemented new services, including regional and epidural anesthesia. While living in Detroit Lakes, Brad and Rhonda bought hunting land in northern Becker county, and spent many happy years there hunting, hiking, and 4-wheeling. He was forced to retire in 2009 due to complications from cancer.

Brad and Rhonda moved to Idaho Springs, CO in 2015 for retirement. While they loved the MN great outdoors, Brad’s previous experiences in CO convinced them to “take the plunge” and go live in the mountains. There they made up for lost time by attending concerts at Red Rocks, riding motorcycles, travel, and just enjoying the beauty.

Family and friends are encouraged to upload photos at: