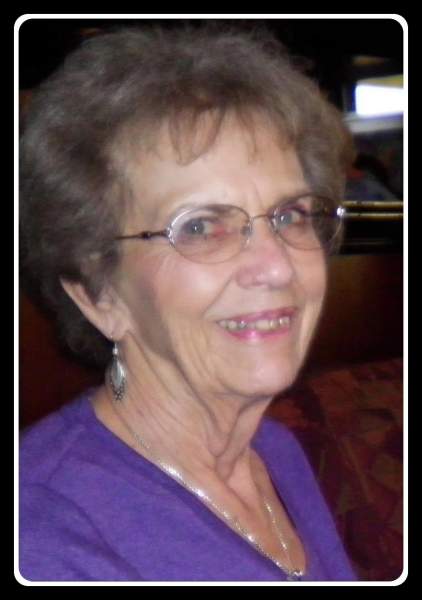 89, of Evergreen, went into the presence of her Lord Jesus July 7, 2022, after a brief illness. Carol was born July 26, 1932, and raised on a farm east of Ft. Collins. She attended Boxelder Elementary School through 8  th    grade and graduated from Timnath High School. Carol and her younger brother, Howard, learned to play the accordion and they provided music at dances all around their community. She received her Home Economics degree from Colorado Agriculture and Mechanical College, now Colorado State University, and taught for a few years afterward.

She met Ronald Lewis at the First Baptist Church in Ft. Collins at a college age gathering. On their first date, Ron declared that he planned to marry her, and she told him she didn’t even know if she liked him or not. They were married December 28, 1955, and moved to Evergreen where Ron was building homes. They moved multiple times in their first 9 years of marriage. Ron would finish one house, start another, sell the one they lived in and move them into the new one. When they moved to the property on N. Turkey Creek Road, Carol declared she would not move again, except to the cemetery next door when the time came.

She kept her word.

Carol was known throughout the community for her homemaking skills and gracious hospitality. Until the 90’s, most of her clothing was her own handiwork. She had designed her own wedding dress and assisted her daughter Ronna with hers. She also crafted many cherished pieces for her children and grandchildren. In her early years in Evergreen, she and her husband cared for numerous foster boys from Forest Heights Lodge. Carol warmly welcomed youth groups, college age singles, missionaries, Colorado Philharmonic Orchestra members, and anyone else needing a gathering place. She opened her home to any friend, relative or wayfaring stranger who stopped by. Her lush garden provided abundant produce and there was always extra food in the freezer and a full pantry. If needed, she would add extra ingredients to whatever was on the stove, and she always had fresh baked goods on hand. Her cookies were legendary.

Gracious and faithful, Carol had a sequence of well-worn Bibles, evidence of her diligent study of God’s Word. She spent innumerable hours with God in prayer, seeking His guidance, and praying over her family as well as friends and even strangers for whom she felt a burden. As someone recently said, “Your mom is a very special lady — a true Christian woman who walked the talk daily. She made a huge difference in my life.”

Carol’s first church involvement in Evergreen was at Bergen Park Community Church followed by teaching Sunday School at Church of the Hills. Then, in 1965, she helped start Conference Baptist Church, now known as Aspen Ridge Church, where she remained active until her final illness. Over the years she was involved in many other ministries in the area, including Christian Women’s Club which met at Hiwan Country Club in the 60’s and 70’s, and counseling women at a local crisis pregnancy center. She loved to greet everyone as they entered church and always remembered newcomers’ names. The number of individuals who stopped by the house and office over the years to chat, seek counsel, cry on her shoulder, or get a hug are countless. She was passionate about personally sharing the message of salvation by faith in Jesus Christ, and she also gave encouragement and financial support to the missionaries sent out by her church.

In 1969, she co-authored a women’s Bible study called “Philosophy of Christian Womanhood,” with her two best college friends, Dottie McGuire and Alvena Blatchley. They began teaching classes in the Denver area. This Bible study, along with others they co-authored, has been translated into multiple languages and is still taught in 45 countries. Together, they also published a book: Submission, are there Limits? Carol’s co-author, Dottie, said that Carol always stayed after her classes to answer questions and help all who sought her counsel. Through Carol’s gracious, loving way of teaching, numerous marriages were healed.

When Ron and Carol started a funeral home in their home in 1977, Carol applied her gracious hospitality and compassion as she comforted grieving families. She ministered this way until she retired in 2010. But even after that, she sat at her desk, a warm and welcome presence to all, until just days before she died.

Memorial contributions may be made in Carol’s memory to:

To order memorial trees or send flowers to the family in memory of Carol Jane Lewis, please visit our flower store.