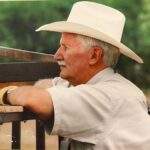 Born in Washington State, in 1939, Charles was a beloved husband, father, grandfather, and great grandfather. A devoted husband to his wife of 54 years, Teri Aileen LaJoie. Charles, better known as “Chuck”, was a member of the Air Force National Reserve in Van Nuys, CA, graduated with a degree in Animal Husbandry from Pierce College in Woodland Hills, CA, worked for the National Forest service, and went on to work in the refrigeration, air conditioning, oil, and gas industry. He was an independent association coordinator who helped head up many companies throughout Colorado. He was always willing to reach out and help others. He would annually coordinate a team to go out through Colorado to fix the heating/ air conditioning/refrigeration systems of homeowners who could not afford such services, otherwise. He loved the Rocky Mountains of Colorado. From a young age, his goals, dreams, ambitions, and aspirations revolved around ownership of his own piece of land in the mountains of Colorado. He spent his time off camping, hiking, kayaking, and fishing. He was always working on different projects around his mountain home to make it into a mountain oasis for his family—whether it was building a rock wall by hand around the property, reconfiguring the inside of his home, building a car port from scratch—everything was dreamed up, designed and built by him. He was an active member of his Kiwanis club, weekly bible study, and active in his church. Father to his two daughters, Ashley, and Whitney, he was always guiding, directing, often redirecting–but always loving, and encouraging guidance through prayer and faith. He was the same with his grandchildren. A devout Christian, Chuck always had a heart for the Lord, and would emulate, and try to convey the love of Christ to anyone who would listen. He was always content in accepting that this life is a mere stepping stone in the grand scheme of God’s plan for man. He was welcomed home by the Lord on March 17th, 2021. He leaves behind two daughters, Ashley and Whitney, five grandchildren, Paige, Beau, Tristan, Emma, and Chloe, and two great grandchildren, Piper, and Charlie. “I will call upon the Lord, for he alone, is strong enough to save. Rise, your shackles are no more, for Jesus Christ has broken every chain”—Chris Brown/Steven Furtick

To order memorial trees or send flowers to the family in memory of Charles McKay Madison, please visit our flower store.