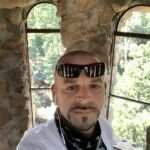 Darel was born in the early morning on April 27th, 1986 in Kozarska Dubica, Yugoslavia. He returned to Heaven March 28th, 2021. From an early age he had a heart of gold. His smile was vibrant and he had a zest for life. He was a gentle soul and found the positive in any situation. He always wanted people to be happy. Growing up Darel always helped his family, friends, neighbors, and anyone in need. Even from an early age Darel loved motorcycles and trucks. He was the happiest when he was on his bike and he found sanctuary riding on the open road. There was no other person so passionate and in love with their Kawasaki ZX-10r as he was. He was smart and curious. Darel could fix anything from cars to bikes to house appliances. He especially excelled at fixing someone’s bad mood by cheering them up with his humor. He could put a smile on anyone’s face. He worked hard and was devoted to always giving everything he had in anything he did. He was fearless and determined to live life fully and he inspired others to do the same. Darel is survived by his mother: Lirka, father: Stevan, sisters: Bojana and Aleksandra, and his son, Ryder. Darel is also survived by the rest of his family, his girlfriend, Jacque, and all those that loved and knew him.

To order memorial trees or send flowers to the family in memory of Darel Radunovic, please visit our flower store.