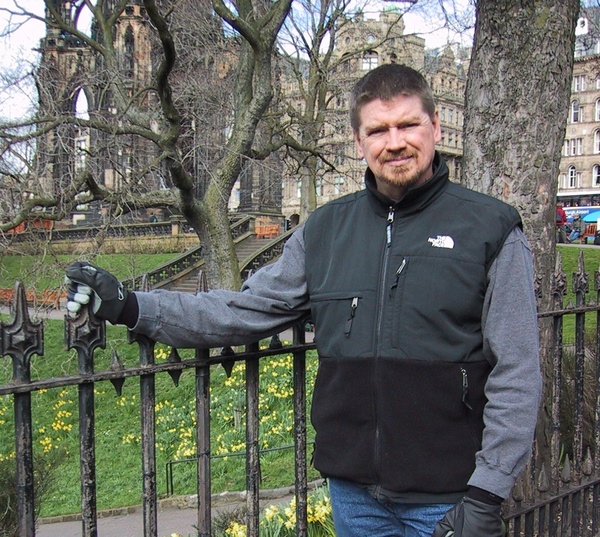 David R Bright passed away on Sept 1, 2022. Born on Feb 2,1951 in New Castle, Pennsylvania to William L and Jean G Bright, he grew up on a farm in rural Pennsylvania and often spoke of his fond memories growing up in the country. Scouting, farm chores, long distance running, hunting, canoeing and motorcycling kept him busy in his youth. He was proud to have worked at the Youngstown Sheet and Tube Steel Mill before it closed in the early 1970’s.

David moved to the Denver area in 1974.  He initially worked driving a laundry truck which he credited for helping him learn his way around Denver in the days before GPS. Later he fixed televisions for JC Penny’s which launched a lifelong interest in electronics.  Joining Coors Brewery in the late 1970’s, David was assigned to the development team. He worked part time there while pursuing his degree in chemistry.  After graduation, he was hired full time in Research and Development at Coors. In 1997, he was sent by Coors to pursue a PhD in brewing chemistry at the Heriot-Watt University in Edinburgh, Scotland. It was an adventure of a lifetime. At Coors, David was responsible for recipes for many experimental brews including Winterfest, Barmen and others. He highly valued coworkers at Coors and made lasting friendships throughout the organization.

A talented hobbyist in wood working, metalwork, computing, traveling, reading, music and chemistry (including soap making and cooking), David was always looking for new ideas and interests to explore.  In addition to traveling throughout the UK and parts of Europe, David and Suzie spent many opportunities traveling the US either by truck or motorcycle. A dedicated biker since the age of 16, he always said he was happiest on a Harley or BMW.  Sturgis was the Go to Event in August.

David leaves his wife of 46 years, Suzie, of Kittredge, Colorado,  mother Jean, of Raleigh, North Carolina, sisters Patricia Bright of Wheat Ridge, Colorado and Elizabeth Sink (Jim) of Raleigh, sister in law Chris Nevins Bright of Wayland, Massachusetts, nieces Emily Lo Piccolo (Michael) of Austin, Texas, and Anna Laurie Sink of Raleigh, and cousins in the US and England. He is missed by his two very fine cats, Harley and Stella.   He is preceded in death by his father William and elder brother Jeffrey.

In lieu of flowers, the family suggests donations be made in David’s name to the reforestation project at Philmont Boy Scout Ranch in New Mexico https://bit.ly/PhilmontFireRecovery or the Little Free Library https://littlefreelibrary.org/supposr/donate/#donate .