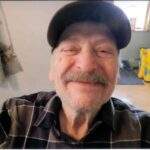 Donald John Richards of Lawson, Colorado was born on August 17, 1949 in Canton, Ohio to John Wilson Richards and Leona (Stephens) Richards. The second of four children. Two brothers, James (Helen) and Michael Richards, and a sister Linda (Kevin) Sherwood. Donald graduated from high school in June of 1967 for Central Catholic School in Canton, Ohio and went on to study business at Kent State. Don worked in many fields and held positions at the PCA in Rittman, Ohio. Grant America and Sancast in Colorado before starting in Central City in 1994 at the Teller House. Don also worked for Harvey’s/Fortune Valley Casino. His last job was for the Henderson Mine in Empire, Colorado where he worked as an electrician, retiring in 2015 after 17 years.

In 1973, Don married Gene Tompkins and they had three children, Jeffrey Richards, Carol Richards, and Shelly (Anthony) Mayer. Donald moved to Colorado in the summer of 1992 and lived a full and happy life. He loved road trips, and visiting his family and friends. Don also loved the outdoors and the mountains. He loved and valued his family and was so proud of his three children and three grandchildren, Brianna, Pierce, and Skylar Dewitte.

Donald has been battling cancer since 2015, being in remission for almost five years. He found out in February of 2020 that his cancer had returned to his pancreas. Donald passed away in his beautiful home in Lawson, Colorado on April 5th surrounded with his family holding his hands. Donald had a life worth celebrating and will always be remembered and truly missed. Donald treasured his friendships and family above all else. He will always be a part of all of us.

To order memorial trees or send flowers to the family in memory of Donald John Richards, please visit our flower store.