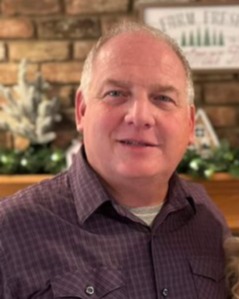 On Saturday, December 31, 2022 at 11:35pm, Donald George Schultz passed away suddenly and unexpectedly, yet peacefully at his home in the arms of his wife, Jayne Allison Schultz, in Arvada, Colorado at the age of 53.

Donald was born October 10, 1969 in Baltimore, Maryland to Jean Anne Schmidt & George Henry Schultz. He was the youngest of 5 boys. He loved spending summer time with his Great Grandmother Helen Gayhardt at the shore house on the Chester River, outside of Ocean City, Maryland.

As a young man, Donald joined the local Boy Scout Troop #475 becoming an Eagle Scout in 1987, along with his best friends, Steve Burnette and Tom Paglia. Donald’s involvement with Boy Scouts, hiking in the Appalachian Mountains, trips to the Philmont Scout Ranch in New Mexico and His troop leader Mr. Ron inspired him to join the US Marine Corp in 1987. He served his tour of duty in Okinawa, Japan (2+yrs), Mainland Japan, South Korea, The Republic of the Philippines and Saudi Arabia, Kuwait / Desert Storm.  He finished his tour in 1991 with a rank of Corporal (E-4), with his official title being Nuclear, Biological, Chemical Warfare Defense Specialist.

After serving his country, he moved to Colorado in 1991 to begin his career in the plumbing industry, working for his Uncle Larry Schmidt at Shamrock Plumbing and Heating.  Donald became a member of the Elks Lodge #607 in Idaho Springs, Colorado.  His life experiences, lead him to become a Boy Scout Leader for Troop #91, along with one of his best friends, Larry Brown.  He enjoyed crafting items such as engraved rocks for people with scenes that pertained only to them. He donated several to the Elks Lodge fundraisers.

On Friday, September 13, 1996 while loading trucks in Idaho Springs, Colorado, for a weeklong trip to Lake Powell with Larry Brown and friends, Donald met Jayne Anderson.  Their love continued to grow and on September 19, 1998 they were married at Foss Chapel in Indian Hills, Colorado. They lived in Empire, Colorado, with daughters Jessie and Kelly, and grandson Dylan, until they purchased their new home in Arvada, Colorado in September 1998.

Donald loved life. He was always up for an adventure. He was passionate about spending time with his family and friends, grilling on the Weber Grill, playing board games, cards, horseshoes, corn hole, ladder ball, jarts, bowling, doo hickee races and water balloon fights. He loved trips to the BMX Park with his grandson Dylan, having popsicles with his granddaughter Brylee, taking her in the red wagon to the local park and kitchen floor playtime with his great grandson Theodore.  Hiking in the mountains was another one of his passions, seeking out any and all waterfalls, rock hunting with Jayne or searching for that perfect Christmas tree with the family. Donald’s favorite camping spot to go with family and friends was in Wyoming at Glendo Reservoir.

After working 30 years as a plumber for 3 different companies, he began a new career at LW Facades that he truly loved working for. He was so excited to be trying something new.

The life he lived touched the lives of so many people; he will be deeply, deeply missed by so many.  The world would be a much better place if more people would live their lives as he did.

The Celebration of Life for Donald will be on Friday, January 13, 2023 at The Barn at Evergreen Memorial Park 26624 N. Turkey Creek Road, Evergreen CO 80439. Public visitation at 1pm and Military Honors/Life Celebration starting at 2pm. Immediately following there will be a reception in the lower level of The Barn.

In lieu of flowers, the family is asking that you make a contribution to one of the following groups - Semper Fi Fund – https://thefund.org , Operation Second Chance – https://operationsecondchance.org , Navy-Marine Corps Relief Society – https://www.nmcrs.org or your local Boy Scout Troop in Donald’s honor.   SEMPER FIDELIS

To order memorial trees or send flowers to the family in memory of Donald George Schultz, please visit our flower store.

Military Honors will start the service.