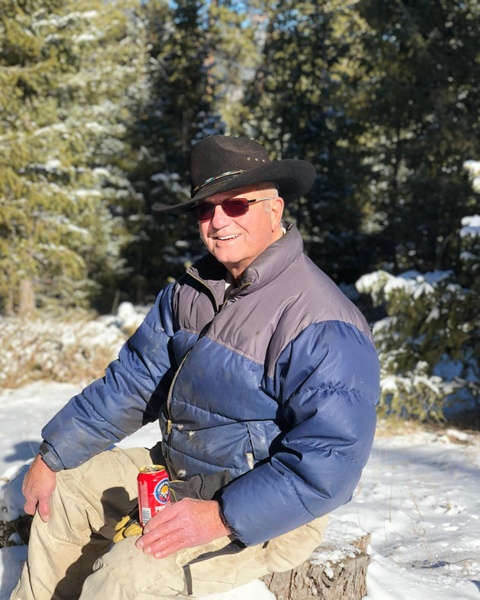 Gene was born in Harper, Iowa on February 15, 1940, to Lester and Lorraine (Gent) Merz. He served in the Army Reserves from 1956-1964, sang onstage with Johnny Cash, and graduated from Iowa State University (B.S.) in pursuit of veterinary medicine. He married Barb (Thompson) Merz on August 13, 1966.

Gene found his professional niche as a feedlot consultant / pharmaceutical rep to veterinarians. With a 7-state territory, he could live anywhere. He and Barb chose the outskirts of Arlington, Nebraska, where they raised their children, made lifelong friends, and dabbled in side-hustles that included racehorses, rabbits, two breeds of dogs, and roughly 800 emus.

Gene loved campers and trailers and toys of all kinds, especially airplanes, airboats, snowmobiles, four wheelers, and motorcycles, as well the Swamp Fox 6x6 (a little-known amphibious vehicle) and the Aquanaut Diving Compressor (imagine a lawnmower engine, floating in an innertube, pumping air and exhaust via hoses to divers below).

In retirement, Barb and Gene downsized to Granby, Colorado, closer to kids and grandkids. The move immediately expanded their circle of lifelong friends. Gene added a bigger snowplow to his toybox. He was granted a Free Beer for Life card by a major Denver brewery for clearing the brew master’s driveway of several feet of snow after the blizzard of 2004.

In Monte’s words, “He lived full throttle and made mountains of memories... He was a man of faith. He had his forever girl and left four moderately functional and independent kids… He left a legacy.”

in lieu of flowers, please donate in Gene's name to:
www.studentreach.org/hopecenter
To order memorial trees or send flowers to the family in memory of Gene Claude Merz, please visit our flower store.

A memorial service and celebration of life will be held at 11:00 AM on Saturday, November 12, 2022 at Christ the King Catholic Church in Evergreen, Colorado.