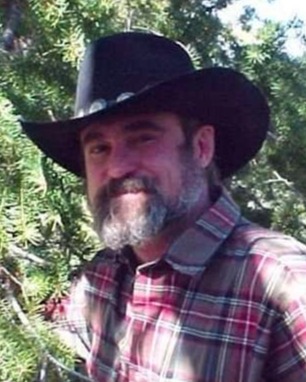 Glenn Eric Raymond, 70, of Bailey Colorado, passed on November 1st, 2022 from an aortic aneurysm. Glenn Raymond was born to Arnie and Geri Raymond in Aurora, Colorado on July 27th, 1952. He worked in the family construction business for much of his early life.

After graduating from Bear Creek High School in 1970, he met his first wife Nancy (Kippy) Hammond and they had their only daughter, Kristen Louise. In the mid eighties, they moved to Bailey Colorado and soon after bought The Bailey Country Store. Glenn held court at the meat case for many years, curating gossip and bullsh*tting with locals. In the 90's he met his second wife Lyn, with whom he shared the rest of his life. People from all over the state would come to the store for his Santa Maria tri tip roasts. They retired from the Bailey Country store around 2003.

Glenn (WD0FEO) was very active with ham radios most of his life. He and "The Crew" spent many inebriated weekends on floating radio stations in Heeney, Colorado on Green Mountain Reservoir. Most pictures from that time should not be shared with children. Glenn made hundreds of friends all over the world on his radios.

Glenn (Bones) joined the 667 MC with his daughter and son-in-law Ian Pace in the early 2000's.  He helped the club get off the ground and paid for the first run of patches. Bones rode every mile he could, many with his wife Lyn, right up to the end of his life.

Glenn, unable to sit still, came out of retirement and resumed drywall around 2003. He became a go-to for home repair in Bailey, making a reputation for himself as reliable, hardworking, talkative, and talented in almost any construction or repair job.

Glenn was preceded in death by his much-loved grandparents Gerald and Louise Brown of Heeney and Denver Colorado, and his mother, Geraldine in Lakewood, Colorado, and about a billion dogs and wolf hybrids. He is survived by his wife Lyn Raymond, his stepsons Carl, together with his wife Sarah Styer and Garrett Ives, his grandchildren Gabriel, Genesis, Jade, and Turner Ives,  his daughter Kristy and her husband Ian Pace, his father, Walter "Arnie" Raymond, brothers Mark and Doug Raymond, and his nieces Brynn and Darian Raymond. Glenn is also survived by all past and future members of the 667 MC, and all the old-timers in Bailey. This town was his life for a long time and he cared deeply for everyone there.

An open house memorial is being held at the Bailey Community Center at 83 Main Street in downtown Bailey, Colorado on Saturday, November 19th between 1 and 5 PM. Glenn absolutely hated the idea of having a memorial service of any kind. His family is doing it anyway because he was kind of a big deal 'round these parts and isn't here to argue. Most of all, he wouldn't want anyone to feel obligated to show up, so don't feel like a jerk if you don't make it.

To order memorial trees or send flowers to the family in memory of Glenn Eric Raymond, please visit our flower store.