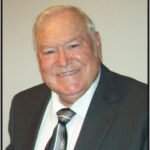 He was a kind and compassionate person, sincere in his relationships and devoted to spiritual endeavors. He especially loved his own family and led by example. He will be remembered as a devout husband, father, grandfather and great-grandfather.

Grady was preceded in death by his parents, and a baby brother, Loren, all of Calera, Oklahoma, a sister, Nida Brinlee, of Ft. Worth, Texas, and two brothers, William M. Lee of Columbia, South Carolina, and Donald Ray Lee, of Broken Arrow, Oklahoma.

Grady will be missed by a close sister-in-law, Frankie Story Cornelison, and sons, Tommy Story; Bobby Story and wife, Melissa; Keith Story and wife, Stacy; and daughter, Lisa Thomas, all of Durant, as well as many other family members, friends, and acquaintances in other areas around the country, as he is received into the presence of the Lord Jesus.

In lieu of flowers, a memorial donation may be made through the East Side Baptist Church, 19901 E 78th Hwy, Independence, Missouri, 64057, for the ministry of Pastor J.D. Moses, in India, to complete the first floor of their new school building, which will be named “Rev. Grady E. Lee memorial School.” Pastor Lee has supported and promoted Bro. Moses’ Ministries Since 1978.

To order memorial trees or send flowers to the family in memory of Grady Eugene Lee (Gene), please visit our flower store.