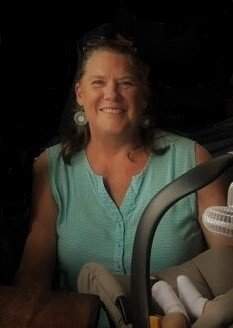 Kristy Lynnette Kilgore Hendricks, age 67, Littleton, Colorado passed away on Monday, August 1, 2022 with her family by her side.

Kirsty was born on January 20, 1955 in Denver, Colorado to the late Henry C. Kilgore, of Anniston, Alabama, and Nell (Hearn) Hart of Laurel, Mississippi. She was one of eight siblings raised by Dr. Phil

In 1973, Kristy married Wayne Holland and together they had Wendy in 1974. They lived in Pennsylvania before moving to Colorado. Kristy married Richard Hendricks in 1981 where they lived in Denver, Colorado. Together, they had Derek in 1981. In 1999, she married Tom Worth and was step mom to three children in Littleton, Colorado.

Kristy was a sales representative for Nutri-gyn and MetaGenics, both supplement distribution company, through the 1970’s and 1980’s. In 1988, Kristy bought the mountain region of MetaGenics with her partner. She worked there until she retired in 1998. During her time at MetaGenics, she extensively studied Eastern medicine and acupuncture in China. In her retirement, Kristy worked at William-Sonoma to fill her time with one of her passions – cooking.

Kristy loved her family and friends, the outdoors, traveling, photography, cooking and sharing recipes. She was the cornerstone of the family and is going to be deeply missed.

To order memorial trees or send flowers to the family in memory of Kristy Lynnette Kilgore Hendricks, please visit our flower store.