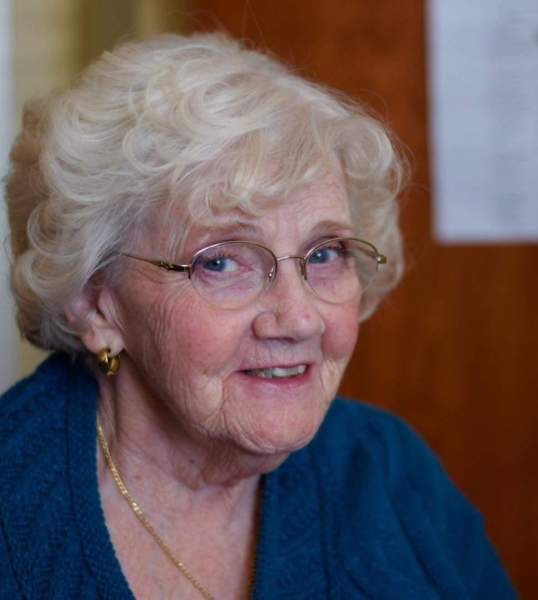 Mary Ruth (Kenney) Grisenti Furia, age 82, died peacefully on May 2, 2022 at Life Care Center of Evergreen with her two daughters, Laura and Sandy, by her side. Born on June 20, 1939 in Trenton, New Jersey, she was the fourth daughter and tenth child out of eleven of the late William and Theresa Kenney. Mary grew up in Minneapolis, Minnesota and graduated from the Academy of Holy Angels High School. She joined the Sisters of Saint Joseph (CSJ) convent after high school where she forged lifelong friendships. While in the convent, she earned a degree in Education from St. Catherine University in St. Paul. After leaving the convent, she moved to Colorado where she resided for 30 plus years. During that time she raised her two daughters, was a kindergarten teacher, PTA president, active Mom in the school community, a reservationist for Continental Airlines, and a world traveller. In 1998 she met Domenico (Dom) Furia who was the love of her life. They moved to the Villages, Florida and enjoyed retirement for many years - golfing, dancing, going on cruises, performing in musicals, hosting Christmas cookie parties, and playing cards with friends. In the Fall of 2013 she suffered a major stroke which left her non-verbal and paralyzed on her right side. She moved back to Colorado to be with family and live out the rest of her life. Even after her stroke, Mary lit up the room wherever she went. She always had a twinkle in her eye and people immediately fell in love with her. She adored her grandchildren and was loved by everyone whose life she touched.

She is preceded in death by her husband Dom Furia, her two sisters, Genevieve Brophy and Theresa Sherry, and seven brothers, Fr. Jerry, Frank, Bill, Kevin, Tom, Joe, and Bobby Kenney. She is survived by her sister Cathy Borer, her daughters Laura Deluna (Von), and Sandra Dodd (Jason), beloved step-children, tons of nieces and nephews, and her grandchildren - Ashton, Peyton, Kenzie, and Sadie Dodd, Aidan Deluna, and numerous more that she adored who came into her life through her marriages. Funeral services will be held June 15, 2022 at 11:00am at Christ the King Catholic Church of Evergreen with a reception to follow. She will be buried at Ft. Logan Cemetery with her late husband Dom at a later date.

To order memorial trees or send flowers to the family in memory of Mary Ruth (Kenney) Grisenti Furia, please visit our flower store.

Funeral services will be held June 15, 2022 at 11:00am at Christ the King Catholic Church of Evergreen with a reception to follow. She will be buried at Ft. Logan Cemetery with her late husband Dom at a later date. ﻿