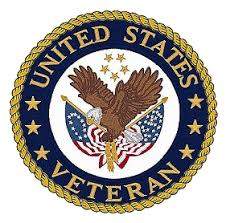 Patrick Dean Kennerly was born in Brady, Texas, Jan 14, 1943, son of William Gay Kennerly and Catherine Ethel Kennerly (né Ashmore), younger brother of William Gordon Kennerly. Pat died in his home outside of Evergreen, CO sometime in the early morning of Jan 1, 2022 from a stroke.

Pat graduated with a Bachelor of Science from Sam Houston State in 1965 and soon thereafter joined the US Navy, serving as a pilot from 1966–70. He married Barbara Jean Bode in 1966 and they had two children Sean Kennerly and Tim Kennerly, and then divorced in 1970. Pat became a psychiatric nurse at the Colorado Mental Health Institute of Ft Logan from 1973–81. He then briefly worked as an airplane mechanics instructor at Colorado Aero Tech before resuming the career as a pilot Captain that he would continue the rest of his working life. He flew for Arrow Air 1984-85, Ports of Call 1985-89, Eastern Airlines 1989-91, Evergreen International Airlines in 1991, Air Transport International  1993-95 and finally Netjets from 1996-2013.

Pat loved to golf, ski, hike and played for the senior softball team Scrap Iron for several years in the early 2000s.

He watched football as much as possible, and preferred college to professsional.

﻿ as well as one great grandchild Severa Cercas.

To order memorial trees or send flowers to the family in memory of Patrick Dean Kennerly, please visit our flower store.