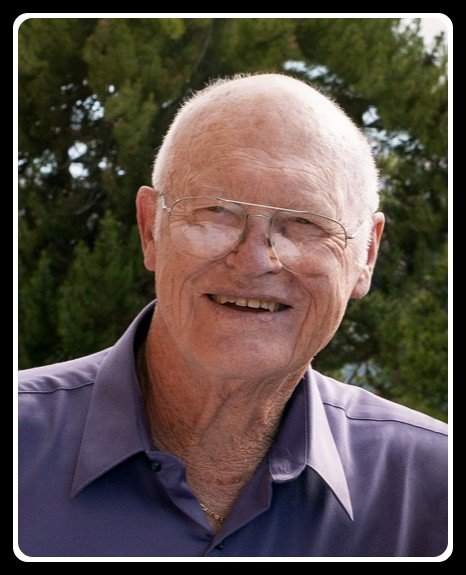 Robert E. Culp, a long time resident of Evergreen has passed on to be with his Savior, just two days short of his 90th birthday.  He is survived by his wife of 60 years, Kay Culp, and his three children; Laurie Eddy, Stephen Culp and Dennis Culp.

Bob was born in a chicken coop in Oklahoma just at the end of the dust bowl days, and spent some of his childhood in Detroit as his parents helped with the war effort.  He later studied engineering and became a mechanical and aeronautical engineer for the Cessna Aircraft Company and finally Lockheed Martin.

Bob and Kay were active members of the Church of the Hills in Evergreen for many years.  Bob sang in the choir and served as an Elder. He volunteered for the Evergreen Christian Outreach, packaging food and building storage facilities.  One of Bob’s favorite activities was membership in the “Pairs and Spares” group, which he and Kay attended and often hosted.  They have so many incredible friends from this group who can all recall frequently hearing Bob’s hearty laugh.

Bob loved to sail on his boat in the Sea of Cortez, and he spent his later years touring the country with Kay in their RV.  His delight was his family - every one of his children and grandchildren knew he loved them deeply, and were often subjected to his “bear hugs”.

From the chicken coop to the controls as a rocket scientist - Bob’s journey took him far, and his greatest adventure in Heaven is just beginning.  We celebrate a life well lived and a race well run, as we also reel from such a loss.  Bob will leave a huge void, and will be dearly missed by all of us.

To order memorial trees or send flowers to the family in memory of Robert E. Culp, please visit our flower store.