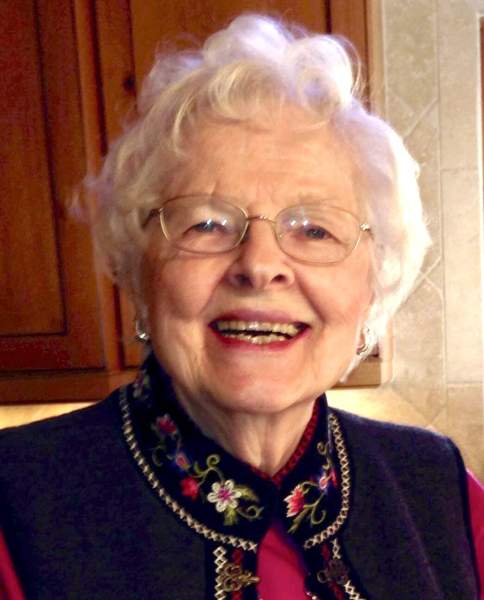 Roberta Genevieve Vesel Berg was born in Duluth, Minnesota on January 6, 1924, the sixth of seven children. She came from a loving and stable Slovenian family, with a mother she remembered as a woman of great wisdom and a happy, upbeat father who loved to sing. Her family was fortunate to have managed well during the Depression and WWII, with two brothers and a sister returning safely from the war. A happy soul, Roberta always encouraged humor and contentment with life, rather than dwelling on the negative.

Roberta married Robert H. Berg in 1943 after he graduated from the University of Minnesota in Minneapolis where they both attended college. They lived in several places before settling down in 1949 in Elmhurst, Illinois and raising five children. Bob, a world class authority in fine particle technology, ran his independent consulting business from the lower level of their house while Bert was a homemaker upstairs running the family. Eventually she became more involved in the business and recalled. "We were a team when it came to career and business." She and Bob realized her life long dream when the traveled around the world twice. The biggest trip for the whole family was in 1967 when they took a six week camping trip that included the Montreal World's Fair.

In 1995, Roberta moved to Evergreen, Colorado where two of her daughters lived. She led an active life and fell in love with the mountains. She was an avid reader (usually having several books going at one time), an accomplished watercolorist, a sharp card player, and loving, engaged grandmother. She moved to Clermont Christian Living in Denver in 2015 where she enjoyed a full life with many friends and hobbies. She died on September 25, 2021 in the loving company of these friends, doing what she loved most - playing bridge.

To order memorial trees or send flowers to the family in memory of Roberta Genevieve Vesel Berg, please visit our flower store.