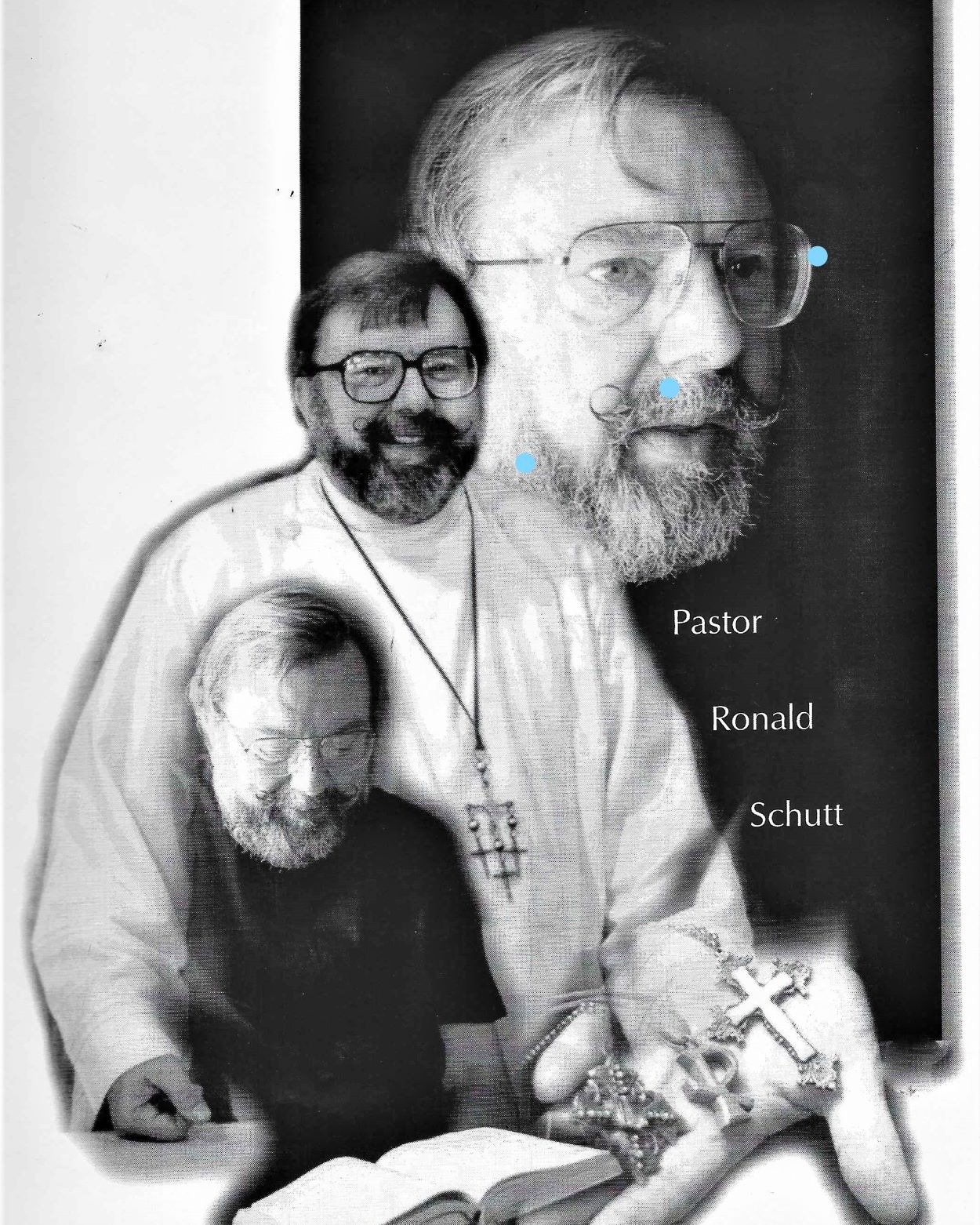 Reverend Ronald “Pastor Ron” P. Schutt of Evergreen, Colorado - passed away peacefully on
Saturday, October 29 at the age of 85 in his home surrounded by his family.
He is survived by his loving wife Karen Schutt, sons Paul Robert Schutt, Andrew Jon Schutt and
Grandson Maxwell David Schutt. He was preceded in death by his son David Mark Schutt.
Ron was born on March 12, 1937 in Frankenmuth, Michigan. The oldest of four siblings;
Thomas Schutt (Sharon); Michelle (Bob) Schutt; Rebecca (Jim) Sukach . He graduated from
Fenton High School and received his B.A. at Concordia Senior College in Ft. Wayne, Indiana in
1960 and completed his Master of Divinity degree from Concordia Seminary in St. Louis,
Missouri in 1964.
Ron met his wife of 58 years, Karen (Maxwell) while she was attending the Lutheran School of
Nursing in St. Louis, Missouri. They were married on September 19, 1964 and a week after
getting married moved to the high desert of Southwest Wyoming.
Ron was ordained as the Pastor of St. Paul Lutheran Church in Kemmerer, Wyoming while
simultaneously establishing a mission congregation and assisting in the construction of
Emanuel Lutheran Church in Green River, Wyoming. As a resident of Green River he
participated in the mission of the Lutheran church in the Mountain West, was an advocate for
mental health services in the community and served as a volunteer fireman and patrol officer
with the sheriff's office.
In 1973 Ron accepted the call to serve at Evergreen Lutheran Church in Evergreen, Colorado.
He was installed as the Pastor in October 1973 and faithfully served the congregation for 25
years. As an active member of the Evergreen community Ron served with several civic
organizations and was an active member of the Evergreen Chorale.
Known as the “Rabbi” with his contemporaries, Pastor Ron was well versed in several
languages and the history of the Bible in relation to the teachings of Jesus Christ. It was his
desire to make Christ known and to make the grace and love of God a hallmark of his teaching
and preaching.
A celebration of life will take place at 11:00 AM at Evergreen Lutheran Church with his final
resting place at Evergreen Memorial Park.
In lieu of flowers, the family asks that donations be made in Pastor Ron’s name to Evergreen
Lutheran Church and Mount Evans Hospice.